In part 1 of this series we introduced the Business Evolution Map and explained its origins, and in part 2 we used the map to chart the Nintendo journey, showing how the Map can be used to explain (and therefore predict) success and failure. But that is the past, and it’s the future we’re really interested in when shaping business strategy.

Specialisation can be powerful during times of stability. The hummingbird, for example, has evolved to feed on nectar from plants that only a few species can access. In return, certain plants have evolved to rely specifically on hummingbirds for pollination. This codependency works brilliantly, as long as the environment remains stable, but if you remove one partner from this equation, the other will struggle to survive.

The future is difficult to predict, and the only reliable way to survive the unknown is to remain diverse and flexible. Nature achieves this through evolution for slow change (the hummingbird) and variety for rapid change. The hummingbird may not survive the loss of one food source, but the diverse population of birds as a whole will barely be affected.

Before the COVID-19 outbreak, Primark was dominating on the high street, but without an online offering they are like the hummingbird without the flower. Overnight, specialisation has turned from a strength to a weakness. Similarly, companies with a predominantly online presence and high degree of automation will have suffered less, and may even have benefitted from the impacts of lockdown. Common Thread Collective provide some interesting raw data on their COVID-19 eCommerce update page.

No doubt, we will see companies rushing even more to be “digital first” and “fully automated”. (In part 4 we will discuss how firms able to exploit the emerging Robotics business sector will benefit from this change). COVID-19 has taught many companies a lesson here, but the lesson is NOT digitalise and automate everything. The lesson is not about specialisation.

There but for the grace of God

Those who embraced digital as an integral part of their offering were certainly right to do so. In fact, if supermarkets had invested  more in online and home delivery capability the impacts of lockdown on our daily lives might have been significantly reduced. Instead, we are seeing the system failing to meet the new and unexpected level of demand.

However, if fate’s dice had rolled the other way, things would have been very different. We can expect to see a lot of survivor bias exhibited in articles over the next few months, coupled with a renewed effort to get rid of “bricks and mortar” channels. Those who didn’t go “digital first” will be referred to as dinosaurs.

However, the next change is unlikely to be another once-in-a-century pandemic. The clue is, after all, in the name. Imagine if, instead of a physical virus, the next disruptive change came in the form of a virus of the electronic kind. This time the heavily automated, all-online businesses that would be the ones most affected. High street companies with large human workforces and manual processes would be the survivors in this scenario. Primark might have become even more dominant, and the survivor bias would look very different. The narrative would be less about dinosaurs and more about “look before you leap”.

We’ve already covered flexibility in a previous series of blog posts that describe our Continuous Evolution framework. Diversification is what we’re going to cover next.

Luckily, identifying successful diversification is the core purpose of the Map. In Part 2, we used Nintendo as an example, and described a successful early partnership with Disney. If we compare their performances in the face of the current disruption, we see an interesting trend. 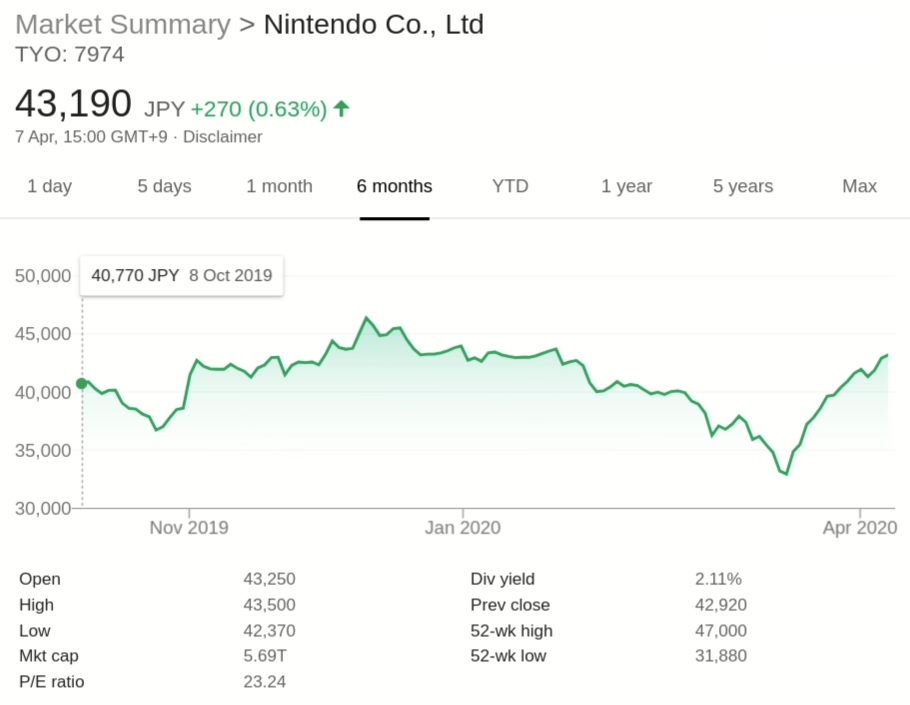 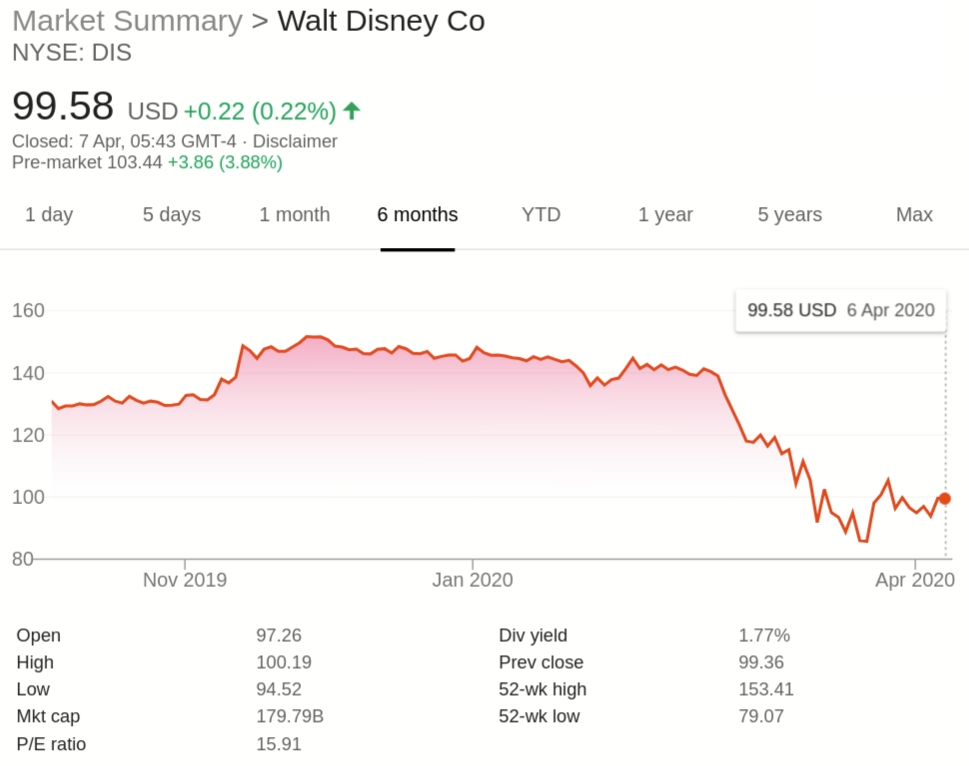 Looking first at Disney, we see a not surprising drop in share value as COVID-19 (commonly referred to as coronavirus) impacts economies across the globe. When we look at Nintendo, we see the same drop, but this is followed swiftly by a recovery back to its original position. Disney’s predicament is understandable; even when we take its broad range of assets into account, its business model has a strong (one could say pivotal) dependency on physical presence. Nintendo is not similarly encumbered, but more importantly the rise coincides with the release of the game “Animal Crossing, New Horizons”.

If you haven’t seen it, suffice to say the game allows multiple players to interact and socialise  as cute animals on an idyllic island. It is immersive, social, and stress free – the antithesis of present circumstances. In his review in The Telegraph, Jack Rear described New Horizons as “the perfect DIY recipe for the most chilled out, relaxing, and engaging life simulator ever.” The Atlantic also has a good piece about the game by Ian Bogost, entitled The Quiet Revolution of Animal Crossing.

What Nintendo has managed to do, in a very timely manner, is tap into an emerging business sector. A sector predicted by the Map in the form of an “inland sea”.

On spotting this feature of the Map, we tweeted about it, first in October of last year, and then in November: 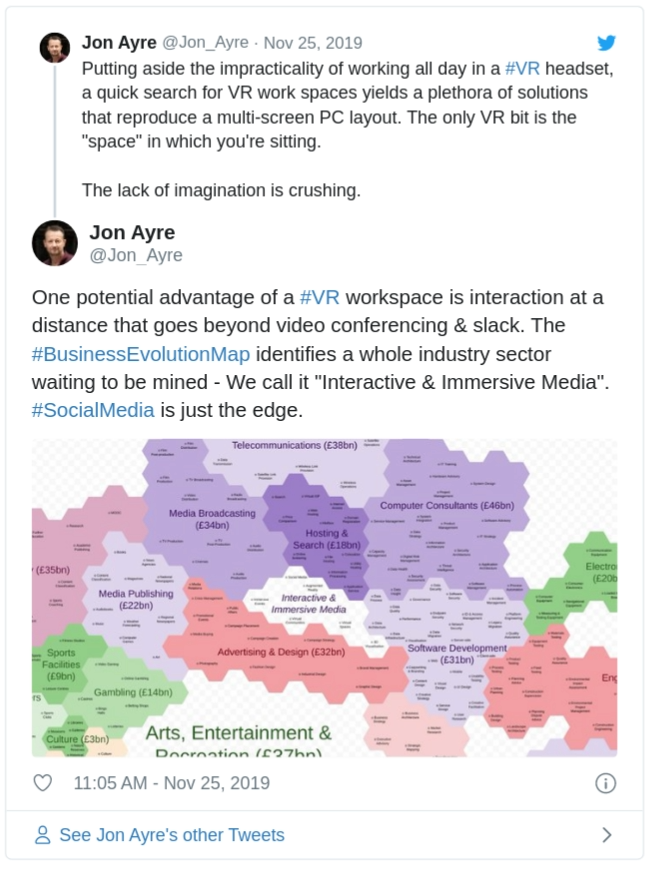 It was clear from the Map that there was untapped revenue sandwiched between well established business sectors. A clear opportunity awaiting forward thinking companies currently resident in any of those neighbouring sectors.

Entry into this sector has also been eased, rather than hampered, by current events. A far greater number of people have been forced to become “digitally capable”, and opportunities to interact virtually are being sought as a replacement for face-to-face interaction. People may have to be physically distant, but they are looking for ways to remain socially close. As indicated by the map, offerings in this space are limited. This is what an inland sea represents.

Nintendo has managed to take a step into this territory by capitalizing on its games development capability (Software Development). With sufficient foresight (i.e. access to the Map), DIsney could have protected themselves, in part, via a similar move. Exploring ways to offer immersive but virtual experiences, in addition to the very physical experiences that they specialise in.

It’s reasonable to assume that these might have had low adoption rates, and been of low benefit initially in terms of revenue, but having this capability would have made their offering more adaptable to unexpected circumstances. It’s also possible that such an offering, far from detracting from their core business, could have created an adoption path into the physical disney experience. A “try before you buy” option for people who otherwise might not be willing to commit the time and money to fly their family across the Atlantic to visit Disneyland in Orlando.

Interestingly, Disney consider themselves to be early adopters of virtual experiences; ahead of the game. In some ways this is true, but only within their existing sector. Rather than creating virtual experiences, they have incorporated VR into their physical experiences. Although it might at first appear to be diversification, it actually represents even greater specialisation.

And so, we return to Nintendo and the successful launch of Animal Crossing New Horizons. Where one company finds success, others will inevitably follow. Some will just see it as another game, and miss the significance. Others will recognise the situation and attempt to open up in this sector from elsewhere on the map – we predict slow progress and probably failure.

Those moving in from the neighbouring sectors will have a high chance of success. There are already signs. Amongst recent acquisitions, Apple has bought Voysis (a digital voice assistant) and NextVR (a combination of virtual reality and live events), both useful capabilities when entering the world of immersive experiences. What is more, they have the Interaction and Immersive Media sector firmly surrounded and should find it easy and profitable to make this move.

Another neighbour is Facebook who is in the process of launching “Facebook Horizon” on its VR platforms. Facebook Horizon is a virtual reality universe that allows you to build your own environments and games. You can then play and socialize with friends or explore landscapes created by other users. This has, of course, been attempted before, but as with all new ventures, the time has to be right.

To assume Interactive and Immersive Media is all about virtual reality headsets would be a huge failure of imagination. VR is only a small corner of this business sector. We’ve considered how organisations like the BBC might revive the concept of “event TV”. People are already attempting to recreate the group viewing experience online, but it takes real effort. An organisation in the Media Broadcasting space would be well placed to enter the interactive arena by creating a truly joined up virtual experience.

Companies have dabbled with the influencer market, but again, no one has really capitalised on this opportunity. Companies in the Hosting & Search or Advertising & Marketing Sectors could partner with a software development company in a platform play around this space.

Finally, social media platforms are certainly where people interact virtually, but the key purpose for those interactions are to share opinions, garner likes or enter into divisive arguments. They may be called “social” but they often are far from it. There is a clear place in the Immersive and Interactive Media sector for a platform that allows people to gather in a more positive way. To share in a social experience as we might at a club or event.

The list goes on; far too many to mention here. It is, after all, a whole new business sector potentially worth many billions of pounds in the UK alone (the Map indicates a potential initial value of £13bn).

And so, in summary, as you consider what to do next, remember these three points:

Interactive and Immersive Media is an interesting route for diversification but if that’s not your area of the Map, then it’s not the right option for you. That’s why we intend to cover the other “continents” in this series. In part 4, we’ll explore another emerging business sector predicted by the Map – Robotics. We will show where it is positioned relative to other business sectors and who is best placed to exploit it.