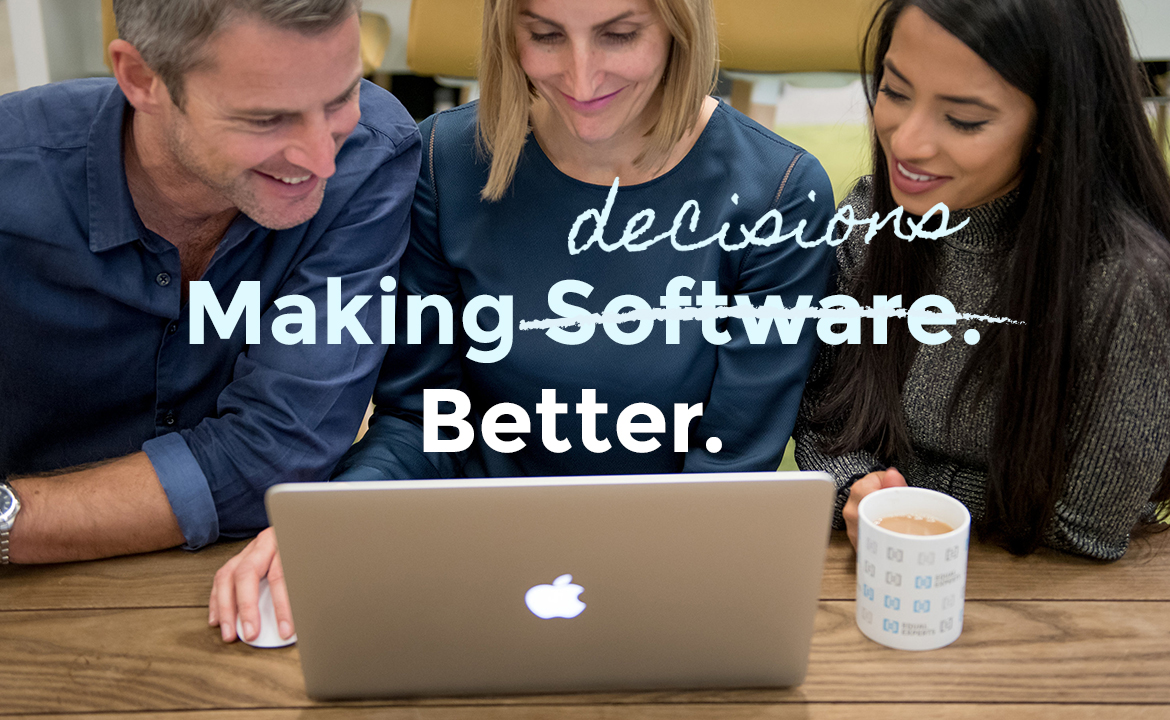 In many organisations, if you have a good initiative you’d pitch it to your boss, who’d pitch it to theirs, before it disappears into a labyrinthine decision-making process with seven sign-off parties.

However tenaciously you try to make it happen, the idea fizzles out. In other places, you have to get consensus to make an initiative take off – but consensus is never forthcoming.

We don’t want to make decisions like that here, for those very reasons. We’re a network of experienced practitioners who relish a challenge and don’t need our hands holding, which is why we pride ourselves at Equal Experts on the autonomy and responsibility we’re all given to make decisions ourselves.

The dramatic growth of our network, especially in recent years, has made autonomous decision-making a little harder. So to remedy that we’ve introduced what we call the ‘Advice Process’. It’s similar to the ideas explored by Dennis Bakke in his book The Decision Maker and it empowers our employees in the UK and Portugal (initially) to make almost any decision they might need to.

In simple terms, with the Advice Process our employees are given the power to be the sole decision maker of whether or not to implement an idea. But it doesn’t stop there: the advice process is about providing sufficient knowledge to make that decision easier.

Autonomous decision-making is not the same as ‘do whatever you want’. We talk a lot about being grown-ups here; part of being a grown-up is in recognising where the boundary of our knowledge lies, and asking for help when it is needed. By sharing their idea – and the impact of doing it, the cost involved, and how they’d measure its success – with a selection of appropriate colleagues, our employees arm themselves with as much information as necessary to make an informed decision on whether to proceed or not.

Yes, it’s their decision and they are accountable for it. For some people, this is a little daunting, but that’s why the Advice Process exists – it’s there to help them decide. It’s worth reiterating that we won’t hang anyone out to dry if one of their ideas doesn’t work. That’s the nature of trying new things out, after all: some initiatives will work, but others will not.

We’re still experimenting with it, but so far the Advice Process has worked really well for us. Not only does it provide clear accountability, but it also encourages better decision making by fostering collaboration between those giving advice and those receiving it. It brings an increased level of transparency on why decisions are made, and it helps  us learn from our decisions as individuals and as an organisation.

The advice process has been used to make numerous decisions around Equal Experts (around 30 so far); from implementing new paid-for tools and services, kicking off new charity partnerships, trialling new roles within the organisation and even launching our space agency (EESA).

We mean what we say when Equal Experts is a company of grown-ups. As we grow, our culture will inevitably evolve, but there are certain aspects (such as autonomy) that we will always hold on to. Working out the best way to do so is a challenge we are taking on together.