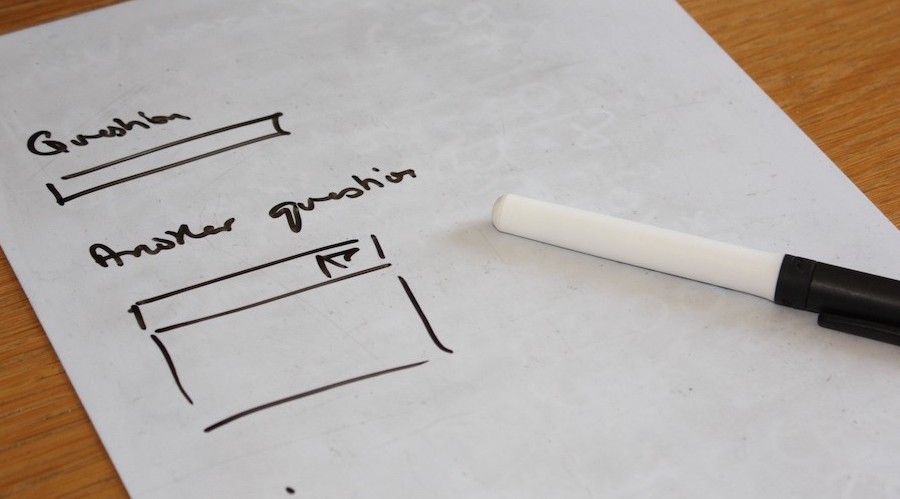 Form builders have been around for ages; Googling “form builder” comes back with over 500,000 results. So why build another?

This is the first, and best, question to ask about any new tool, particularly when looking at a market as crowded as this one.

I was working in a department of the UK government when the idea for UX Forms started to germinate.

Existing form builders all seemed to do nearly, but not quite what was needed and many, many, teams within the department needed web forms doing quickly, and doing well.

So what makes central government web forms so special?

Building and deploying new systems is time consuming and expensive. Even now that cloud computing has made its way onto centralised purchasing frameworks, it’s far from trivial to assure that a new application is secure, that it meets its accessibility requirements, and that a relevant team is in place (and notified if there are any problems with the running system).

A reusable tool that has already jumped through these hoops therefore has a lot to offer, in all kinds of public sector environments. Because when it comes to having the ability to build the right forms, there’s a lot to consider:

GDS (Government Digital Services) enforces a set of processes around how departments can provision services. For instance, web pages must follow GDS’ user-centred design principles. This means a form builder must be flexible enough to provide complete control over the html and css, if the GOV.UK theme and accessibility requirements are to be met in full.

Our government deals with some of the most sensitive details of our lives. We trust it with our finances, our identity and, in some cases, details of our past that we simply don’t want to become common knowledge. Therefore how these details are handled is critically important; they can’t be stored on a computer that sits somewhere governed by laws that allow those details to be shared elsewhere.

Building “just another web form” doesn’t mean you should have to do without the sound engineering principles that you would expect a larger, bespoke, system to have in place. Forms should be versioned, with a traceable audit history of who made what change and when. They should be promoted to the production environment in a controlled manner. They should be able to be rolled back to a previous version if the new one has problems.

Nobody gets software 100% right the first time around, especially when it deals with people. What becomes important, then, is to gather as much feedback as you can, as quickly as you can, and use that to iterate on the form’s design. A form builder needs to actively support gathering intelligence about how well a form is behaving, so that you can quickly respond and improve people’s experience.

The more time you spend looking at how we interact with the web, the more web forms you will see.

Every time you log in, comment on a blog, tweet, you’re filling in a form. And how those forms are presented speaks volumes about the organisation asking for that information.

Every question asked, every field displayed, costs the person filling in the form time and energy to understand and complete. We owe it to everyone on the web to make these interactions as simple, painless and easy as possible.

Making better forms won’t just happen by itself — we need to pay attention to what they’re for, how they’re being used and who is using them. If the 500,000 or so hits on google had this nailed already, then there wouldn’t be so many awful forms out there on the web.

So, yes, there’s room for a better form builder. One that makes it easy to build first-rate forms for the web. One that can provide data back to form authors about which questions are working well and which need further work. One that encourages form design to evolve, along with its authors’ understanding of how it is being used. One that has user research baked in to its core.

And that’s where UX Forms comes in.

Martin Gladdish conceived and developed UX Forms in collaboration with Equal Experts, which has helped him to bring the software to market. Learn more about the process via our case study, or visit the official UX Forms site for more detail on the software itself.