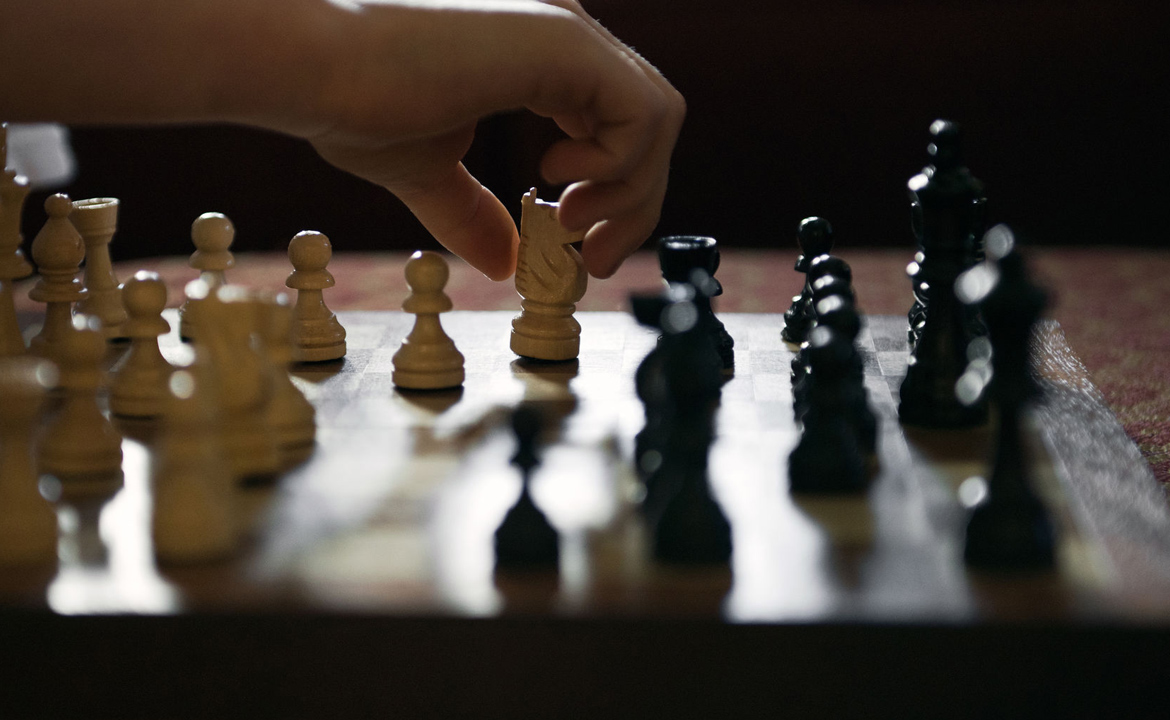 A conversation frequently held among CIOs and other IT leaders concerns “having a seat at the table”.

The table being talked about is, of course, the executive table. The one where – so the conversation goes – all the real decisions are made. If you don’t have a seat at the table, you are simply an order-taker. This much talked-about seat, or the lack of it, is an existential threat to the role of the CIO.

Is this simply hyperbole or a genuine threat? And if it really is the latter, how does the ambitious CIO get their seat at the table? For the first point, you simply have to observe the tendency for the role of CIO to slip down the hierarchy, often sitting under the COO or CFO. When you combine this with the creation of new titles at board level such as Chief Digital Officer, and the dilution of the CIO role with similar but competing titles such as CTO or Chief Data Officer, the threat becomes clear.

In previous posts, I’ve discussed the value of visualisation in strategic planning, and the importance of tactics in achieving a goal. It’s only appropriate, therefore, that I use these techniques to explain why the threat to the CIO is very real, and offer a little insight into what might be done to counter that threat. As with all strategy, the full answer is complex, so I’m just going to scratch the surface here, and drastically simplify matters. I’m also going to demonstrate how strategy isn’t just limited to external manoeuvres; in complex organisations it can be vital in ensuring the ongoing health of a technology department.

When it comes to strategy, a clear understanding of the situation is critical; without this perspective, apparently clear objectives can lead to disastrous outcomes, as was demonstrated by the infamous “Charge of the Light Brigade”, when miscommunication surrounding the objective led to heavy losses. This brave, but doomed charge has become the stuff of poetry and songs.

With the advantage of a good map, things could have gone very differently, so if you want to avoid being the doomed CIO they sing about, I suggest you get yourself a map. This map needs to cover the territory in which you’re operating and the route to that seat at the table we were talking about. It needs to show you where you are on this map, and where the threat is coming from.

Luckily, I’ve prepared one for this eventuality (it’s part of the much bigger map I referred to in my first post, covering the entirety of the UK economy scaled by revenue, and broken down by industry sector):

In the example above, I’ve added some simple regions for the purpose of explanation, and I’ve positioned that target ‘seat at the table’ (top right). But who’s who on this map? Well, in large organisations, there are predominantly two types of IT department, and I’ve given them letters for clarity.

The first of these IT department types, (labelled ‘A’), finds that over time their primary responsibility has become that of service provider, looking after a costly and resource intensive data centre, in which is hosted a variety of legacy applications and vendor systems. They may well be considering a move to cloud, but it’s unlikely to be with any enthusiasm, as this puts them very much in the territory of turkeys voting for Christmas. Success would simply mean giving up significant amounts of territory to external providers, leaving them with little influence.

The second type of department, (labelled ‘B’), is the result of significant outsourcing during the 1990s and 2000s; the core function of such a department tends to be that of a large programme management function, with little or no direct responsibility for the IT itself.

The largest IT departments may well be a combination of these two, occupying both territories, ‘A’ and ‘B’. If you now consider the position of these typical IT departments in this map, the predicament of the CIO becomes all too clear; he or she is far from the much-coveted seat of power. What’s more, there are two more forces between them and the objective.

The first of these (labelled ‘C’) stands in the way of a direct advance towards the seat of power, and the nature of the occupant is important when determining strategy. There are essentially three possible scenarios here:

There is another player on the board, and they are pivotal to the strategy. This force (labelled ‘D’ on my map) is made up of management consultants; the trusted advisors, always present at those important executive meetings. These are the ones who stand between the CIO and the final push towards the ultimate objective.

It is clear from the map that there are two routes to the top table. The first is up into territory C and across (the high road), whilst the second is across into the heart of territory D and then up (the low road).

Without the map, the low road might seem the more tempting option. It’s all meetings, Powerpoint and proposals, and to an IT department that’s out of the habit of performing hands-on development, the document-rich route feels by far the easiest. But with the map, it’s clear this strategy ignores the fact that the territory is already held by an opposing force. Any attempt to cut into this territory will meet with significant resistance, and even if successful, CIOs will find themselves fighting a forward battle against an entrenched position in the North, whilst being attacked from the South by those same opposing forces. This is as unattractive a proposition in business terms as it would be in a military situation.

The high road involves some hard graft, involving as it does a concerted push back into the core of software development. Although the IT department may still have a significant number of developers in its ranks, this journey also means a move into user research, a territory rarely visited by traditional IT departments. On a more positive note, the territory is flanked by two of the CIO’s forces (A and B) and in the case of B, he or she can afford to give up that territory to the advancing cloud and serverless forces in order to free up resources to focus on the move north.

In the rare case where territory C is not occupied, it’s possible to make this advance unopposed, and in reasonably small numbers. In IT terms, just one successful development delivering real business benefit may be all it takes to reach the northern border. It’s a high risk strategy, because the territory is ripe for the taking and without significant forces you may find you are simply breaking ground for another player to enter the game, but for a high risk individual it may make sense.

If an external provider holds the territory, use of a tactic such as ‘shoot-and-scoot’ to pick off quick-win developments might be beneficial, or ‘infiltration’ using specialised forces directly into the user research territory might be an effective alternative if the opposition is weak in this area (for definitions of these tactics and more, see my previous post, “Tactics – The Building Blocks of Strategy”).

You might also adopt these tactics against an internal incumbent in the form of a digital function, but for me, a more ethical approach is to adopt one of the less destructive tactics. In this case, ‘coalition’ seems like a strong candidate. Bringing your abilities and long experience of the business to the table will be highly valuable to an emerging digital function, and in return they can provide the skills and techniques of the digital age.

A ‘coalition’ doesn’t require you to agree on everything (you probably won’t), but it will allow you to combine forces to breach the northernmost outpost of territory D and reach your objective as quickly as possible. It also allows you to place your people across territory C without needing to enter into battle at all.

So that’s it then; a winning strategy for CIOs everywhere? Well, to sound a note of caution, let me recap on the small print at the start of the post. This barely scratches the surface of strategy and only considers a couple of potential tactics. It takes many tactics and much thought to make a solid strategy – but hopefully this post demonstrates the value of a meaningful, topographical map in guiding strategic thinking.

And maybe, just maybe, it also helps to suggest that coalition as a transformation technique is a great way forward to avoid unnecessary conflict. As Sun Tzu says:

“They will win who know when to fight and when not to fight.”