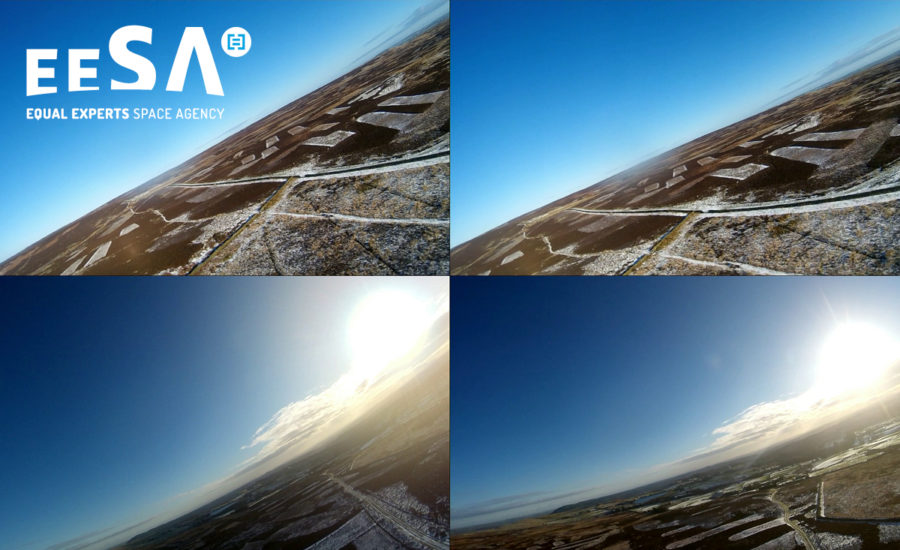 In case you missed our recent blog, Equal Experts is supporting me in something quite dramatic – a record attempt!

I work with the boys and girls of Addingham Scout Group and we recently worked on a project to float a balloon up to the edge of space. It was a really successful experience and now EE (who I work with as a Technical Architect) is working with me to push things up a notch.

The plan is to break the record for the highest altitude in horizontal flight by a winged aircraft, and to make that happen, here’s what we plan to do:

Achieving all this will obviously take a bit of effort! We completed the first part with a successful maiden flight of our UAV.

We won’t beat the record without testing our gear, so the main object of this exercise was simply to see how our UAV flies. We’ll be using a bigger airframe for the actual record attempt but I wanted to see how my existing drone handled the weight of the cameras (there are three onboard). You can see for yourself with the footage below:

The good news is it went really well. There was a bit of wobble but tuning the flight computer and adding some carbon rods to stiffen the wings should put that right. And the battery used only 10% of its capacity for two 3-minute flights, which is very encouraging.

Here’s a breakdown of what I was hoping to discover, and what I learned:

All in all, then, a very satisfactory start. Our next steps: