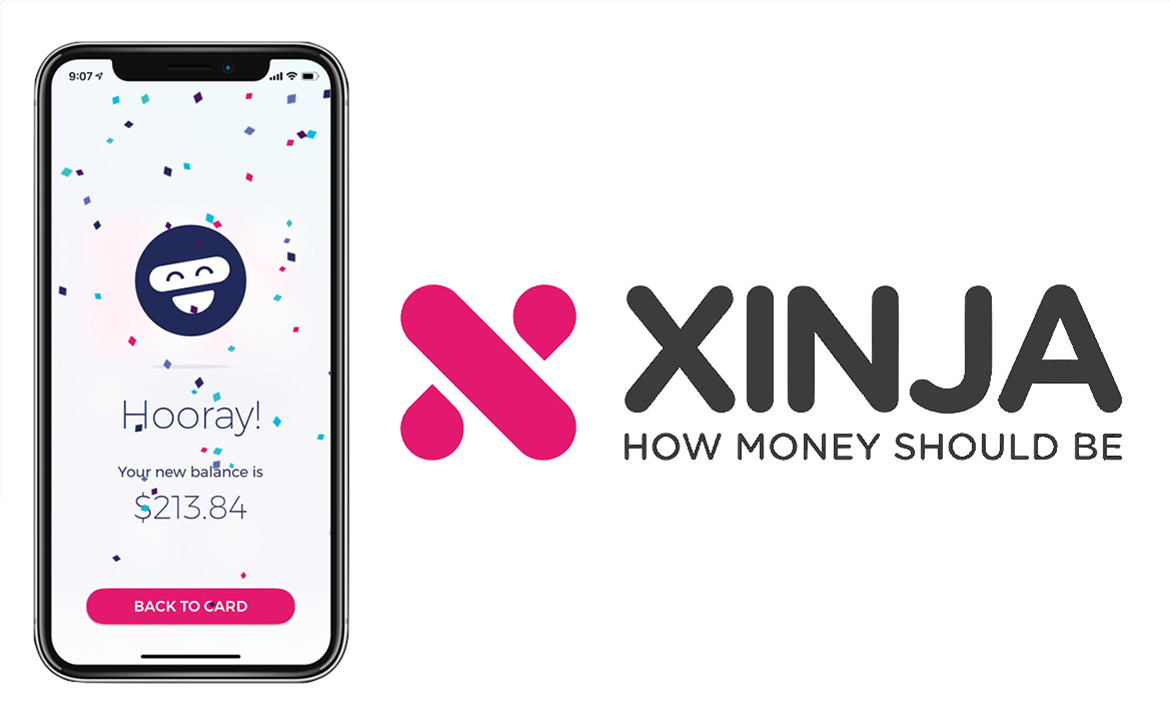 Much as it is doing in Britain, fintech is changing the face of banking in Australia.

Incubators and start-ups are challenging the status quo at a time when customer trust in the banking system is at something of a low – the recent Royal Commission into Misconduct in the Banking, Superannuation and Financial Services Industry left the country reeling from some pretty shocking revelations of malpractice harming customers.

It’s against this backdrop that the idea for Xinja took hold. The company’s founders set out to create a trusted brand that prides itself on being ethical, ‘made for people’ and with the kind of personal touch that we used to see with the traditional bank manager model.

Xinja believes it can achieve this through mobile banking, with an ethos that gives customers control over their money and marries it to exceptional, personal customer service. It argues that it can pass more back to its customers by offering a digital-only service that isn’t weighed down by the overheads of a branch network or by legacy IT systems. Xinja became a bank in December 2018 and is currently working towards a full banking licence so that it can offer bank accounts.

By being independent from the established players, Xinja also believes it can become a trusted brand, built from the ground up. And delivering an easy, fast, frictionless and fun mobile experience can also help encourage people to take more interest in managing their money.

How to get there

Ahead of becoming a bank, one way Xinja saw to prove its readiness and to give regulators confidence was to build and test the procedures and processes it would need to be a bank, but using a prepaid card model first. This way, by treating the prepaid card as if it were a deposit account, Xinja could get feedback from customers as it built out the kind of functionality and experience they wanted from a mobile bank.

The other main hurdle is that Xinja is a start-up. So at the same time as negotiating Australia’s financial and regulatory environment, it’s also had to build the company up from the beginning. This has not just been about bringing in and gelling people, and finessing the structure and processes of the company, but also about building its technology capability from scratch.

That’s where Equal Experts comes in.

Equal Experts has been involved with Xinja from the very beginning. At the proof of concept stage, we built a Flinto app (mock-ups of the screens merged together to give the look and feel of an app) to work out what we could build, and deliver to the market, that would prove that the Xinja idea was the right one. Starting like this was a cheap and easy way to prove it, and it helped Xinja get the funding it needed to take the idea to the next step.

Once funding came in, we came on board in a more official capacity as Xinja’s technology partner. It was at this point that we started an actual build: a tracer bullet that comprised the skeleton of an app and API platform, and a sandbox of third party integration, so we could see how transactions within the app would work.

We wanted to do this so we had a core spine in place that would enable us to prove the path to production, how we’d go about developing and testing an integrated product, and ultimately deliver the first incarnation of Xinja – the prepaid card.

We also helped Xinja with its feature prioritisation, so that when it was building its prepaid card, the features in it would be similar to those that would be in a deposit account – for example wrong balances, disputed transactions, blocking stolen cards and security access. That way, processes and functionality is proved, and time and work isn’t wasted.

A wide range of capabilities

To help Xinja get to the point of having customers using its prepaid cards to make purchases, we’ve leaned on pretty much every EE practice along the way. Our mobile team in Calgary worked on the UX, design and app build. Our London-based security practice rigorously tested Xinja’s security features, including running an internal hackathon to see who could find weaknesses in it. Our MicroDC and DevOps teams have also been heavily involved building the platform out using Kubernetes. We’ve used our product definition and management capabilities, used our knowledge of Platform as a Club gained during our time at another client HMRC, built microservice architecture and employed modern agile techniques such as continuous delivery and a You Build It You Run It approach throughout.

Xinja launched its prepaid card, delivered an Android version of the app, and is now building the waitlist for its bank account. It continued to build more features within the prepaid card app to test ideas, and is – as mentioned – actively working on building out deposit capabilities.

All this in just six months: from the tracer bullet in August 2017, we had the card in the hands of customers in February 2018, with all downstream dependencies in place.

That’s a huge achievement – and there’s more to come.

“EE have been fantastic partners in this bank since I sat over a beer on a cold winter’s day in Manly with their CEOs. They have been with us every step of the way, and have helped us out when sometimes we didn’t even know we needed help! Always there, always on, and always thinking beyond what we have paid for. Truly a great and genuine partner.” Eric Wilson, Xinja CEO