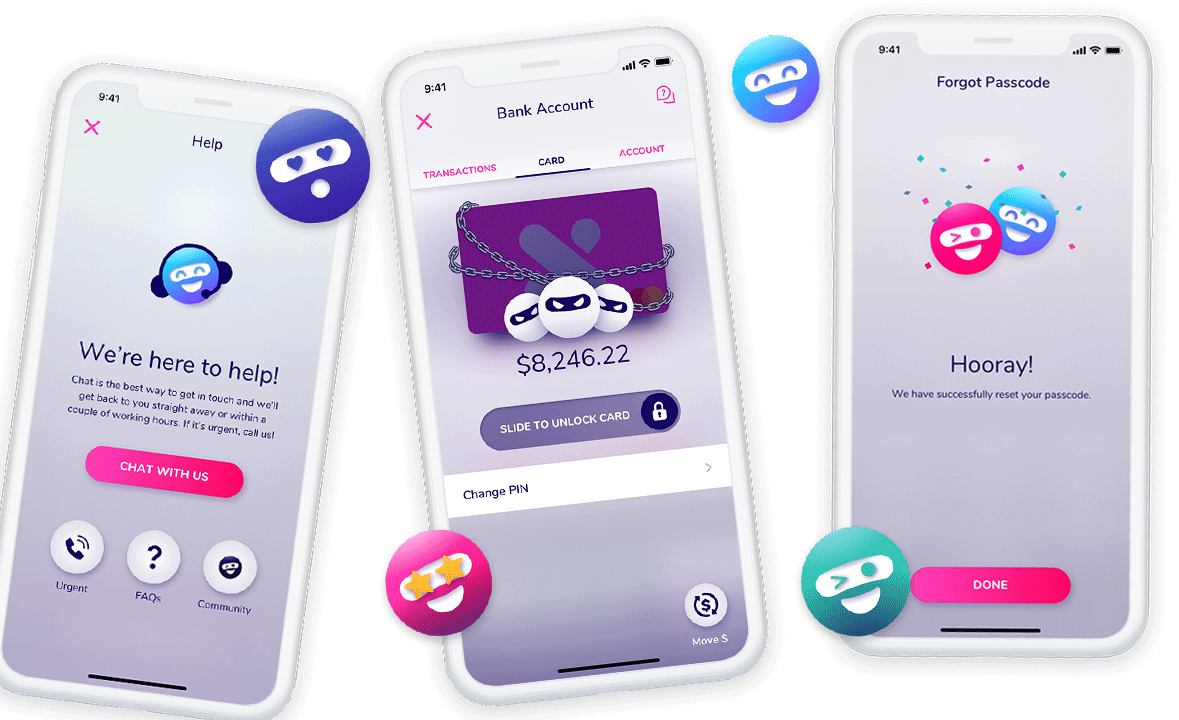 Following last year’s article, it seems like a great time to provide an update on our work with Xinja, Australia’s first and only independent neobank.

Against the backdrop of the Royal Commission into Misconduct in the Banking, Superannuation and Financial Services Industry, Xinja has always had a very clear purpose in mind: To be the bank that always has customers at heart, to serve customer needs in an ethical way, to provide banking services that make life easier for customers, and to make it easier for customers to manage their finances in the right way.

It goes without saying that 2019 was a massive year for Xinja. In September, Xinja was granted a full banking licence (becoming an Authorised Deposit-taking Institution – ADI). It launched a mobile-only bank in the Australian market. Within a week of being granted a licence, Xinja had launched its product in a trial phase and very quickly followed up by launching it to the public. Xinja supports customers on both iOS and Android devices and has launched digital payments (Apple Pay and Google Pay).

Equal Experts was proud to be chosen to continue on Xinja’s journey with them after working as their strategic partner for the launch of the prepaid card product.

Working with a globally distributed team, with people on-site with Xinja in Sydney and development teams in Bangalore and Pune, Equal Experts was responsible for managing the delivery of the custom development.

This involved designing and implementing an innovative solution that would allow Xinja to set itself apart from other banks by leveraging modern tools and techniques to support the needs of their customers, for example, a highly available, resilient platform with zero downtime deployments. For a bank with no branches, it’s very important to be there for your customers when they need you, so avoiding maintenance windows was paramount to the approach.

The approach to delivery was always to automate everything first so that everything is reliable and repeatable. Using test-driven development and enforcing high test coverage, we ensured that quality was built-in first and that we always build on top of solid foundations.

Initially, we started setting up CI/CD pipelines, automating the provisioning of the cloud infrastructure and building microservices to integrate with Xinja’s core banking platform and their other third-party suppliers.

In terms of features, whether it was onboarding new customers, displaying bank account information, sending money, or integrating with payment processors for debit card payments, the approach to delivery was to identify a steel thread of functionality that would allow us to build out all basic integrations and prove we have a working end-to-end flow as early as possible. This allowed the team to de-risk these areas and garner early feedback so that we could then iterate on that and flesh out the functionality as required.

Due to this approach, Xinja was able to launch its stash account. This savings product took the market by storm, bringing in over $200 million AUD in less than a month.

Xinja has grown massively as a business over the last 12 months, and as such, Equal Experts’ role has evolved too. It is always a key driver for Equal Experts to support our client’s ability to grow their own capability, so we have also supported the recruitment of Xinja’s own development team and scaled back our resources in areas where Xinja wanted to have their own personnel in place. As such, that has seen us scale back our on-site presence while still supporting development with our off-shore teams.

In March 2020, Xinja announced an investment of $433 million AUD in 24 months from Dubai’s World Investments.

Building a digital neobank from scratch.