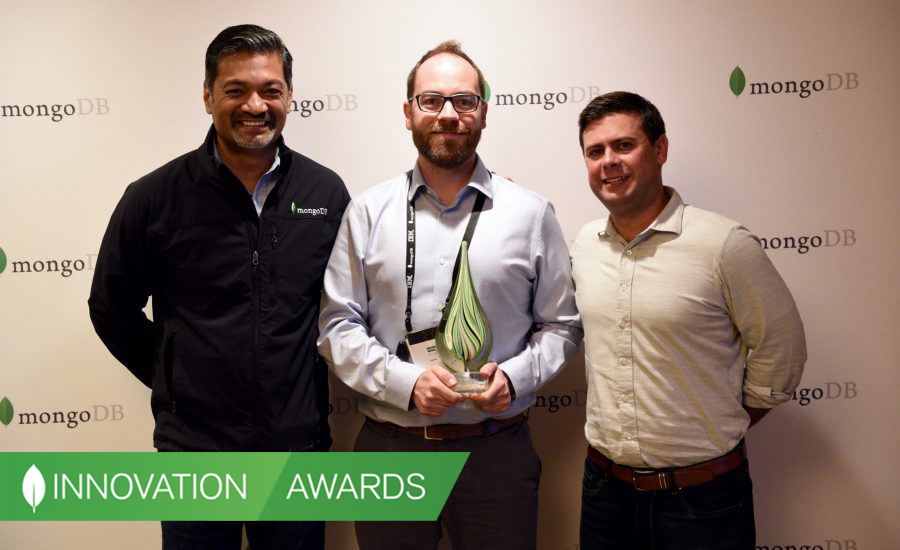 We recently wrote about EE Partner Sean Reilly’s talk at this year’s MongoDB World. Now we have another reason to focus on the event – because its judging panel has recognised our work with HMRC in the 2016 MongoDB Innovation Awards.

It’s not the first time our work with HMRC has been recognised by award panels – the project was also named Digital Project of the Year in last year’s UK IT Industry awards, among others. Nevertheless, it’s particularly exciting to win in MongoDB’s Innovation Awards, which “recognize organizations that have created data driven applications with a transformative impact on their respective industries.”

For HMRC, this transformation has seen it move from an organisation that could only make one or two releases each year to a thriving, digital-centric culture with multiple agile teams, creating services upon a single platform – the Multi-channel Digital Tax Platform (MDTP).

MongoDB has played a key role in the success of the programme. It provides persistence within the platform’s infrastructure – enabling innovations such as the multi-active cloud environment, that can seamlessly switch between different traffic providers according to demand. The robust, simple to use database is also an ideal complement to the MDTP’s microservice architecture – the importance of infrastructure that just works cannot be overstated.

Our thanks go to MongoDB for the recognition at this year’s Innovation Awards, and, as ever, to HMRC for giving us the opportunity to contribute to the ongoing success of the MDTP.