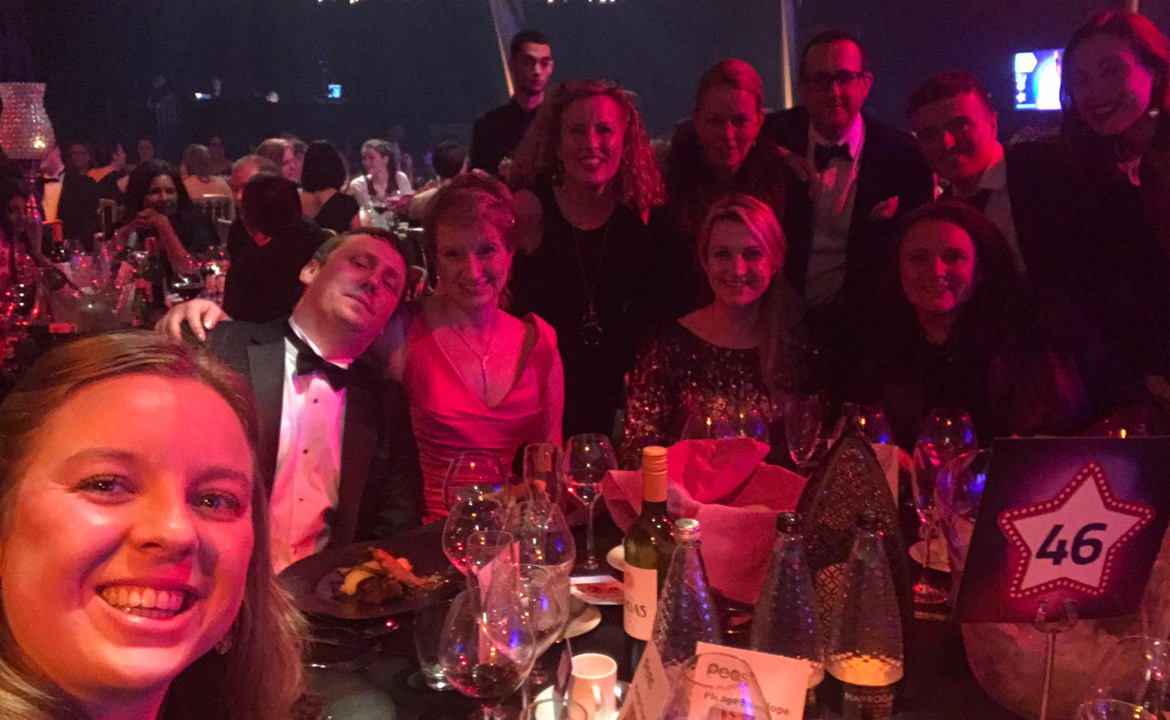 We descended on this year’s Women in IT Excellence Awards to support our Partner and Engagement Manager Mairead O’Connor, who was shortlisted for the ‘Future CIO’ award.

The awards, now celebrating their second year, were set up “to shine a spotlight where it’s most needed in tech: on the mould-breaking, ceiling-smashing female talent rising up the ranks and shaking up the industry.” With 19 categories celebrating entrepreneurship, innovation and leadership – both of those new to the industry and of those who are more established – there was a great buzz.

With another of our Partners Bethan Timmins shortlisted last year, we were hoping Mairead could go one step further and win her award this year, but unfortunately it wasn’t to be: the award went to EE’s Sofy Genevieve Large. Well done, Sofy!

Congratulations to Mairead on being shortlisted – it’s an achievement in itself, and no less than she deserves. Mairead expertly juggles managing and building the relationships between the client, the team on the ground and our own management, with working in a delivery role.

But don’t just take my word for it: one of Mairead’s team members had this to say about her:

“Mairead certainly demonstrates true leadership in her role, at client level but also with Equal Experts associates, building bridges between people, teams and projects. She’s available to anyone who needs help or guidance. Mairead looks for new initiatives for people to get involved, whilst staying focused on a common goal.”

Overall, it was a fantastic evening, and with lots of hugely impressive women shortlisted, it was good to learn more about some of the great work going on across the industry.

Congratulations to all those shortlisted and to all the winners. We look forward to the event next year!