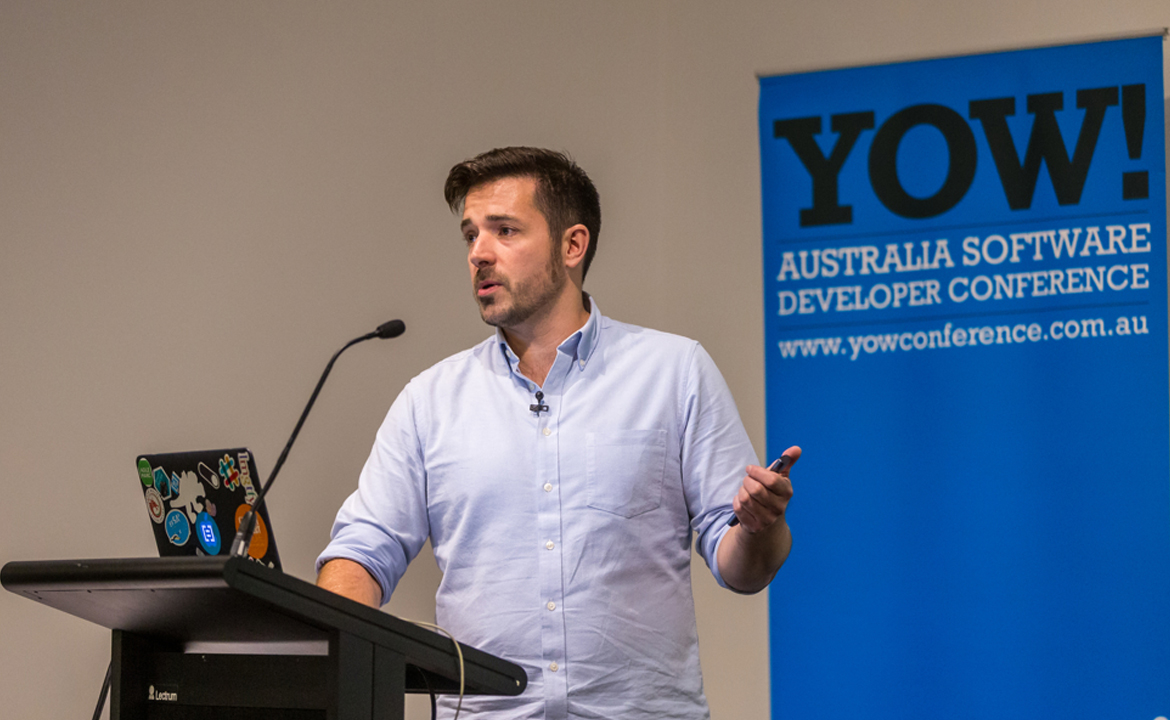 We’re delighted to announce that we’re now sponsoring YOW! conferences in Australia. It builds on our sponsorship of Agile Australia and comes as we expand into the southern hemisphere.

YOW! is a sister company of the famous GOTO (formerly known as JAOO) and is a fantastic conference for software engineers of all disciplines and experience.

Our involvement with them began in September 2017 when we sponsored YOW! Connected in Melbourne, where we got to meet some amazing people from the world of mobile and data. We also had the chance to present at the event alongside one of our clients, the Australian aspiring neo-bank Xinja. Equal Experts’ Partner Phil Parker took to the stage with Van Le, Co-founder and Customer Innovation Director of Xinja, to talk about how we (Equal Experts and our sister company Robots and Pencils) are going about delivering a great product for Xinja using distributed delivery and follow-the-sun methodology.

Towards the end of the year we then sponsored two of the major YOW! conferences in Melbourne and Sydney.  We met some fantastic engineers and got to see some amazing talks across two days from the likes of Dave Farley, Jeff Patton, Linda Liukas, Joshua Kerievsky, Woody Zuill and Sandy Mamoli – to name just a few.

Not only was YOW! a great opportunity to meet some like-minded people and companies doing some brilliant tech, but it also allowed us to tell the local community all about us and what we are doing, and introduce Australia to our network and our Meetup events held in Sydney and Melbourne.

A huge thank you must go to the YOW! team, who were instrumental in making the events as successful as they were. We’re looking forward to seeing everyone again in YOW! events in 2018.