During your career you’re likely to have seen your company’s strategy depicted as a mountain to be climbed, with a sequence of intermediate milestones marking the way to the goal, or summit.

It’s easy to be sceptical of this metaphor, as it essentially compares business leaders sitting in air-conditioned boardrooms to climbers battling altitude, frostbite and avalanches. However, in this — the third article in my series re-examining common metaphors in business — I’m going to argue that enacting strategy successfully is like mountaineering, only in ways I’d never before appreciated or understood. 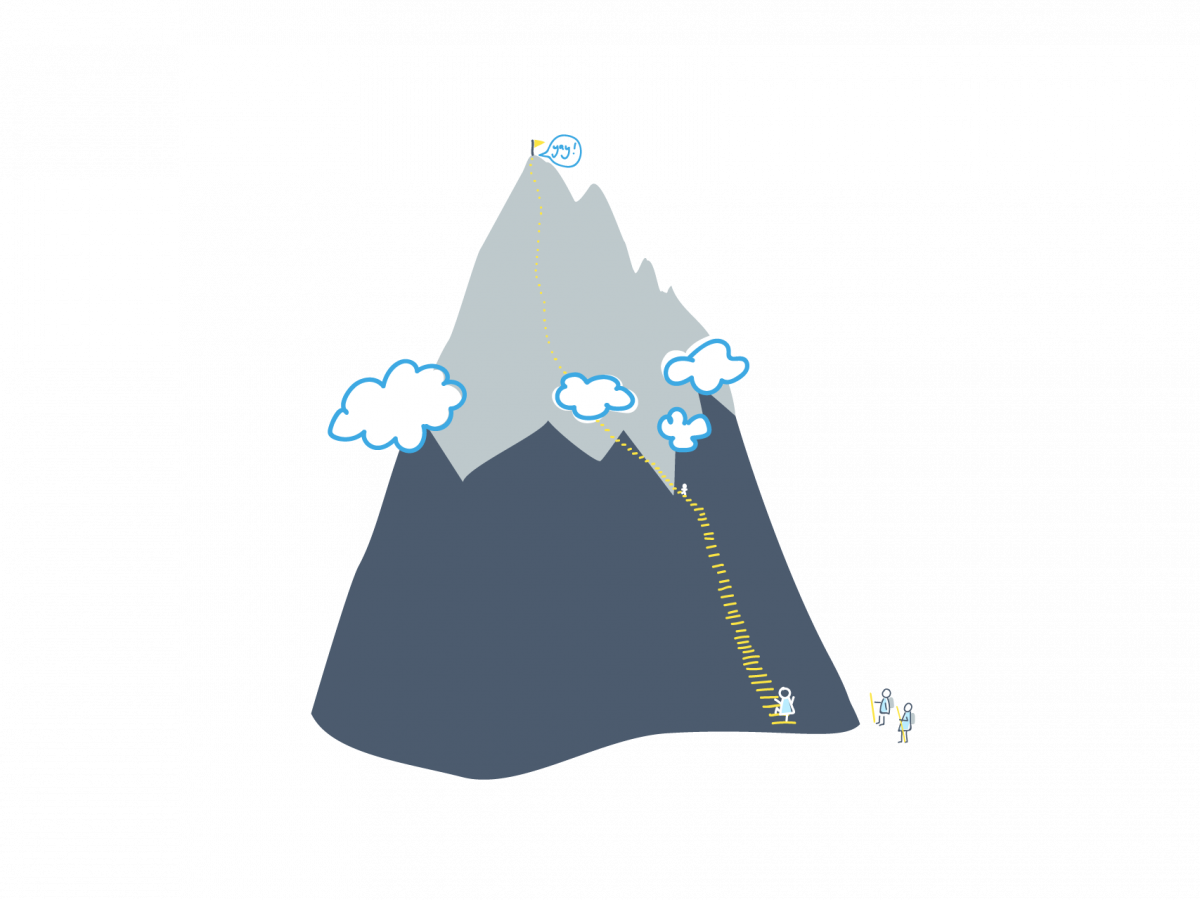 Figure 1: A classical depiction of strategic transformation as mountain climbing

Since reading various books about mountain climbing, I’ve come to conclude that the issue isn’t necessarily with the metaphor itself, but rather with a basic lack of understanding of how mountains are climbed in real life. Visualising progress as a straight and certain route from the base to the summit is absurd for a number of reasons.

For one, the mountain is constantly changing. There are no direct paths or shortcuts to the summit — just as the most successful strategies are full of unexpected setbacks, obstacles, dead-ends and improvisations.

Although no two strategies are the same, one aspect reliably reoccurs: they are about trying to achieve something new and valuable. By reaching the strategic goal, the company is transformed, for the better. The most analogous climb in history therefore is the first attempt on the summit of Everest by George Mallory in 1924. The tallest mountain in the world was then known as the ‘Third Pole’, and after failing to reach either the North or South Poles first, the British Empire was determined to claim this victory as their own, to remind the world of their pre-eminence.

When Mallory’s team arrived in the Himalayas, close to nothing was known about the mountain or its environs in the western world. Yet Mallory and his companions intuitively grasped the concept of ‘test and learn’, and before the summit was even attempted, they launched two lengthy reconnaissance missions. The lessons learned from these difficult (even deadly) rehearsals helped them devise new principles that are still followed by mountain climbers to this day. For example, the team pioneered the use of bottled oxygen to mitigate the effects of altitude, helped develop new clothing fabrics, and established a sequence of high camps on the mountainside at which to gradually acclimate.

Mallory’s attempt on Everest has another, more unfortunate similarity with the vast majority of strategic transformations —it failed. Or should I say, it might have failed. The question of whether he was the first to reach the summit of Everest is one of the great unsolved mysteries. When the clouds briefly parted on the morning of the final ascent, Mallory and his climbing partner were spotted less than 800 feet below the peak, climbing confidently. Then the clouds rolled in, and they were never seen alive again.

The principles and practice of mountaineering established by Mallory and his team demonstrate how an experimental approach to problem-solving is the best way to achieve transformative, long-term goals. However, the true power of metaphorically associating strategy with mountain climbing was revealed to me by this article, written by a team of academics who’d climbed Everest themselves.

Writing in the Harvard Business Review, the authors argue that the three distinct physical zones on Everest relate to optimal patterns of decision-making in successful businesses.

The majority of decisions fall into the first category — the Base Camp — which is a predictable and stable environment, featuring lots of infrastructure, at which a relatively low number of calls need to be made. As such, tried-and-tested processes can be applied with confidence, and decisions reached through consensus.

When you’re at Base Camp…You’re in the realm of Business As Usual (BAU) decision-making, which is typically done by committee. The impacts of your decisions are widespread but incremental, and a single decision can apply for months if not years. At best, your decisions gradually improve things by degree. At worst, you end up creating frozen, stifling and dehumanising bureaucracies.

When challenges can’t be adequately addressed by Base Camp thinking, they cascade into the second category — the Icefall.

The Icefall on Everest is essentially a glacier moving down the mountain at the speed of 3–4 feet a day. Large gaps (or crevasses) open underfoot quickly and unexpectedly, whilst above towers of ice (or seracs) can collapse without warning. The environment is so unstable only ‘Rule of Thumb’ guidelines apply. When passing through the Icefall, there’s a sharp increase in the number of judgements that need to be made, which shifts the decision-making process from consensus to commitment. In other words, when navigating this part of the mountain ‘the first climber on the rope calls the shots’.

When you’re in the Icefall…You’re using loosely defined ‘pattern fit’ decision-making to keep the strategy moving. You’ll hear such statements as “we only pursue markets that give us a 15% margin or more”, or more simply “we don’t do that here”. These clear (if blunt) rules reduce the noise of unlimited options and help the organisation focus on what’s important. The concept of ‘the first climber on the rope’ works best when organisations are trying to establish a new offering or capability. That is, it’s vital you place your trust in those individuals capable of (dis)proving the value of an opportunity. If you force them to comply with heavy-duty governance, and/or seek consensus from the wider business at every step, they will fail.

In certain circumstances, the organisation will need to make decisions in the third category — the Summit (or ‘Death Zone’) — terrain so unfamiliar and bewildering that normal rules no longer apply.

The summit is dangerous for two main reasons. The first is the threat of sudden, deadly blizzards or avalanches that can wipe climbers off the mountain. In the business world, the closest analogy is a significant shock that hits the brand out of nowhere. The massive outage of Facebook’s ecosystem (the day before damaging ‘whistleblower’ testimony) springs to mind, as does the recent controversial attack on free speech at the aptly named Base Camp.

The summit is also dangerous because above 8,000m (Everest is 8849m tall) the air is so thin the body begins to die. Climbers become hypoxic, sleep-deprived, dehydrated, and under-nourished. This leads to muddled thinking, with the simplest actions hard if not impossible to complete. In these extreme conditions, all decisions are critical at exactly the same moment as your ability to make them is compromised.

You’re in the Death Zone when… The people within your organisation are burned out. When individuals and teams suffer the ill effects of sustained, chronic work-related stress, they run out of energy, impairing their ability to make good decisions. If burn out becomes endemic, the first priority is to navigate the organisation as quickly as possible out of the Death Zone. The very worst thing to do is to succumb to ‘Summit Fever’ – becoming so narrowly focussed on a strategic goal that you recklessly continue towards the unattainable, at all costs – and with typically disastrous consequences.

Coming Down the Mountain

Whilst writing this article, I’ve changed my mind about the link between mountain climbing and strategy. When applied correctly, the metaphor effectively describes iterative, experimental approaches to strategic transformation — and it’s also hugely useful when categorising different approaches to decision-making within organisations.

In these ways, climbing a mountain is a decent metaphor for strategic thinking and the importance of working together to pursue organisational goals. However, in the aftermath of this difficult year, I predict there’ll be a reckoning with what ‘reaching the summit of the mountain’ actually represents in the context of our professional lives. The idea that the best career gains are made by working long hours during the evening and weekend is being openly ridiculed. Instead, many leading organisations are announcing their commitment to rethinking how and where and when their employees work, and governments are introducing legislation on the ‘Right to Disconnect’.

Put simply, companies that proactively help their colleagues cultivate and sustain a healthy work/life balance will leap ahead of their competition in the post-pandemic world. To behave otherwise would mean risking the loss of their best people in fluid and competitive labour markets. After all, talent is the oxygen that sustains any successful organisation. Trusting and empowering your best people will help your company meet volatility, uncertainty, complexity and ambiguity with confidence. Organisations need these capabilities more than ever if they are to reach the roof of the world.