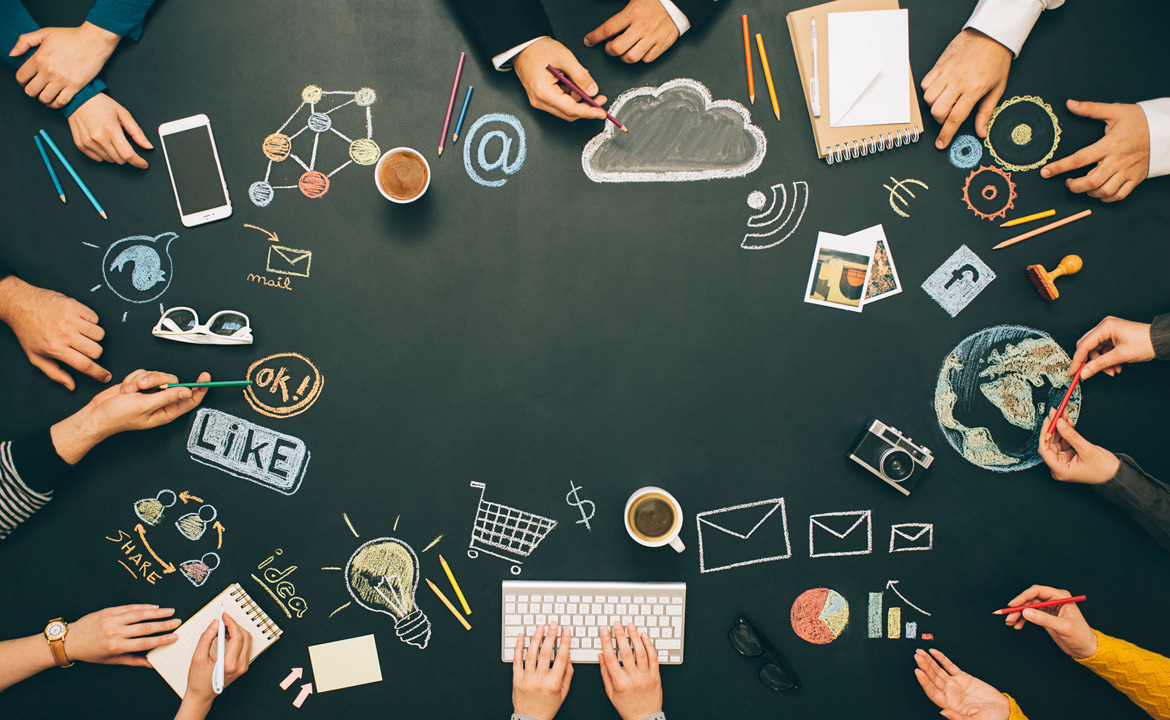 Blockchain – and its associated technologies – is set to play a key role in the evolution of Web 3.0, and the democratic decentralisation of data.

Back in the 90s when the internet became a living breathing beast, we saw the birth of a new paradigm, a revolution in the form of information and communications. Suddenly the world didn’t seem like such a big place; people could communicate, share ideas and exchange data, and applications could be built which could be accessed by billions of people around the world. In time, this became known as Web 1.0.

In the early days of the internet, websites were focused purely on the retrieval and the display of content to users, with the vast majority of users simply acting as consumers of this content. Web 2.0 emerged in the 2000s as a second revolution of the internet. Software, PCs and technology evolved and facilitated a more interactive, richer, and social-centric engagement with applications and websites. Applications were elevated from static set of rules and started to become networks, which were not only interactive from a UX perspective but also fostered social interactions with other participants. Social networks and data aggregation become the norm, while user participation and network effect was the driving force and a deterministic factor of success of many projects.

In 2006 Tim Berners-Lee, best known as the inventor of the World Wide Web, spoke of the term Web 3.0 and defined it as the Semantic Web, roughly defined as a newly structured world wide web which can be read directly by computers, designed to be organised and categorised by more than just people.

This vision hasn’t yet come to complete fruition. But there have been advancements in the realms of how information can be stored decentrally; in the widespread adoption of secure and encrypted messaging clients; and in the understanding that one’s online presence has value to those who consume and hoard your data. Tim Berners-Lee himself is furthering advancements in this realm, with Solid – a project that’s aiming to provide greater data sovereignty and privacy.

It’s within this context that blockchain and associated technologies are operating – driving us towards a world where users have more control, a greater understanding of the software they interact with, and a clearer sense of what those interactions mean.  It provides the trust mechanism and platform which could enable the Semantic Web originally proposed in 2006.

A potential solution to Web 3.0 has emerged in the form of public blockchains, in particular Ethereum. Back in 2008, Bitcoin was created and used as a solution for a decentralised, censorship resistant, digital currency. In 2014, Ethereum followed in its footsteps as a fully decentralised Turing complete computational platform. The ability to define smart contracts started to fulfil some of the definitions of Web 3.0.

Web 3.0 is a very loose term, but change is happening right now as focus shifts from centralised behemoths, such as Google and Facebook, to a more democratic decentralisation of data, fostering much-needed changes in power, control, and identity dynamics. This should mean a true paradigm shift in how users engage with organisations.

The time could be right…

After many publicised data hacks, end users are increasingly concerned with privacy, data portability, and self-sovereign identity. The big corporations of the world wide web are data silos, and awareness is growing of how personal data is monetised and how the content individuals produce is used and often abused, even being stolen.

Talk of seismic shifts in behaviour may sound far fetched, but it does have sound roots. There is an appetite for change among early adopters who are educating, disrupting and laying the seeds of change that are increasingly coming to the forefront of societal thinking. And public, permissionless and trustless blockchains could be the key to fulfilling some of these goals:

Not all these points are defined as a hard and fast rules, and depending on the business and problem requirements they can be substituted and modified to produce different results.

Fundamentally though, in a public, decentralised blockchain no single person has control of the network or the data; each participant can be in full control of what he or she does when interacting with decentralised application.

A new breed of application is being built to interact with blockchains called dApps (decentralised applications) and they sit on top of a ledger and utilise a new backbone of computing power and data storage.

What’s this got to do with us?

At Equal Experts we’ve been studying these technologies with interest for a few years now, albeit mainly from the sidelines. Although many of these exciting new technologies are already in use, elbowing them into the enterprise space for the sake of it isn’t a viable or sensible approach; care needs to be taken to make sure it’s the correct decision to utilise them.

However, over the last year or so we’ve developed smart contract platforms, provided in-depth research for governmental projects and sponsored meetups such as Blockchain Manchester. We’re well aware that some of these technologies will see wider adoption in the coming years, so keeping up with advancements and maintaining a solid understanding of how they can be applied within the enterprise arena seems the right thing to do.

We foresee, over the coming months and years, that innovative use-cases for blockchain will emerge in areas such as finance, supply chain/distribution and legal services, which will thrust the technology into the mainstream. The fundamental point is that DLTs and blockchains can provide a trustless platform for organisations to transact on. The future is exciting, as we see an increasing and growing interest in what public blockchains and Web 3.0 really mean, and how these concepts can be utilised in both the consumer and enterprise worlds.

The question is: now the decentralised model is on its way to being proven and out the bag, is wider adoption inevitable, or will anything replace it with a better solution? Only time will tell. But we will continue to explore, prototype and research how these nascent technologies can be applied to real world applications, and leveraged by businesses around the world.