Ber Flynn is an Equal Experts Associate, working with one of our major government clients as a Delivery Lead.

She’s also the brains behind a snazzy pack of ‘Icebreaker cards’ we’ve put together, which you might have seen if you’ve recently come across EE at one of the many industry events we attend. 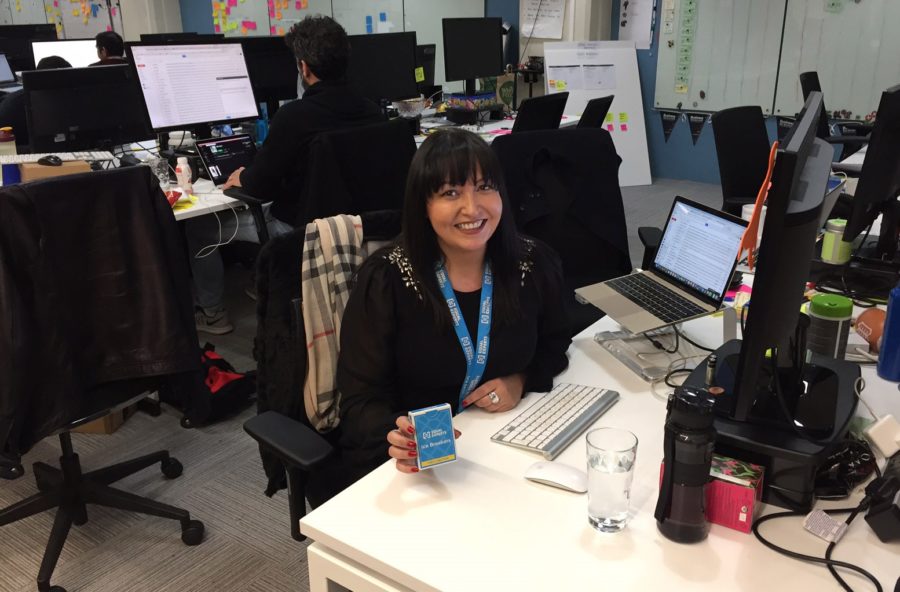 The cards feature a range of questions –some silly, some serious, some intriguing – all designed to break down barriers to communication and help new colleagues get to know each other. The cards are proving popular with our teams and clients alike, so we thought we’d take a moment with Ber to find out how and why they came together.

How did the idea come about?

“Over the course of various contracts in my career, I’ve been a part of a few teams where communication was a problem. Team members would sit next to each other, but not talk or interact with each other on a professional or social level. I’d also see people preferring to communicate via instant messenger rather than have a face to face conversation. There would be hours of silence everyday and it just wasn’t a happy or collaborative environment to work in.

Structured team-building exercises are not always a luxury that is extended to contractors, so there had to be a more simple way. I tried to think of what would encourage people to talk to each other, firstly on a social level, thinking that the professional conversations would soon follow.

I thought about what I would do when I was getting to know somebody – how did I learn about them? I’d ask questions. And they’d ask me questions. In sharing information about each other, a lot of the time we’d learn something completely unexpected.

So I then came up with a list of safe, non-invasive, fun questions and created a little laminated card for each one. Some of the questions came from friends, some from the internet and some from my own warped sense of curiosity.

I was curious whether this simple approach could be applied to working teams – whether they’d help to break down communication barriers, or whether people would object to such a non-techy idea!” 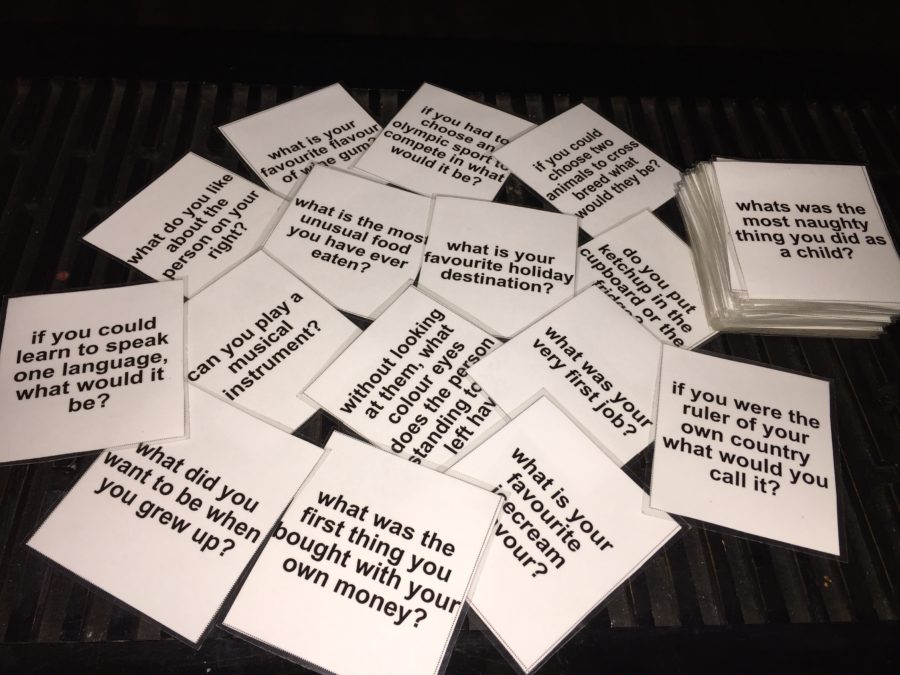 So how did people react?

“I first introduced them at morning stand ups, taking turns to each answer a question picked at random (including the person that read the card). Every morning it was inevitable that at least a few of the answers would be funny or unexpected, or spark conversations that would follow later.

Over time, the questions improved the general atmosphere and collaboration within the teams. And as people felt more comfortable with each other, they were able to pair, discuss issues and resolve conflicts more easily.”

Even on a team where communication is not an issue, the icebreakers can be used as a general fun start to the day. Who doesn’t like to laugh every morning before you get stuck into your work?

Moving the idea on

“After joining the Equal Experts network as an associate, I continued to use the cards at standups and one of the partners (Benjamin Mitchell) asked about them and began using them with his own team. Another colleague, Jonathan Mundy, witnessed one of these Q&A sessions and asked me to share it with the delivery community within EE’s Slack, and they seemed to really like the idea too.

They then picked up a life of their own; Phil Parker had the great idea of splitting the questions into 4 themes, which could be mapped to a suit – so the cards could be used as a standard deck of playing cards as well. Genius!

Our marketing team then got to work, adding a little polish, and before we knew it we had a posh set of Equal Experts Icebreaker cards. A case of taking a simple idea and making it into something so much better!

Without EE, I’d still be carrying around my amateur batch of laminated cards, so a huge thank you to everyone that’s helped take the idea further.”

We’ve already had some glowing reports from teams using our Icebreaker cards, but would would love to hear about your experiences using them; do let us know on Twitter @EqualExperts if you’ve had a chance to try them out. If you’d like your own pack, visit our stand at an event and we’ll see what we can do…