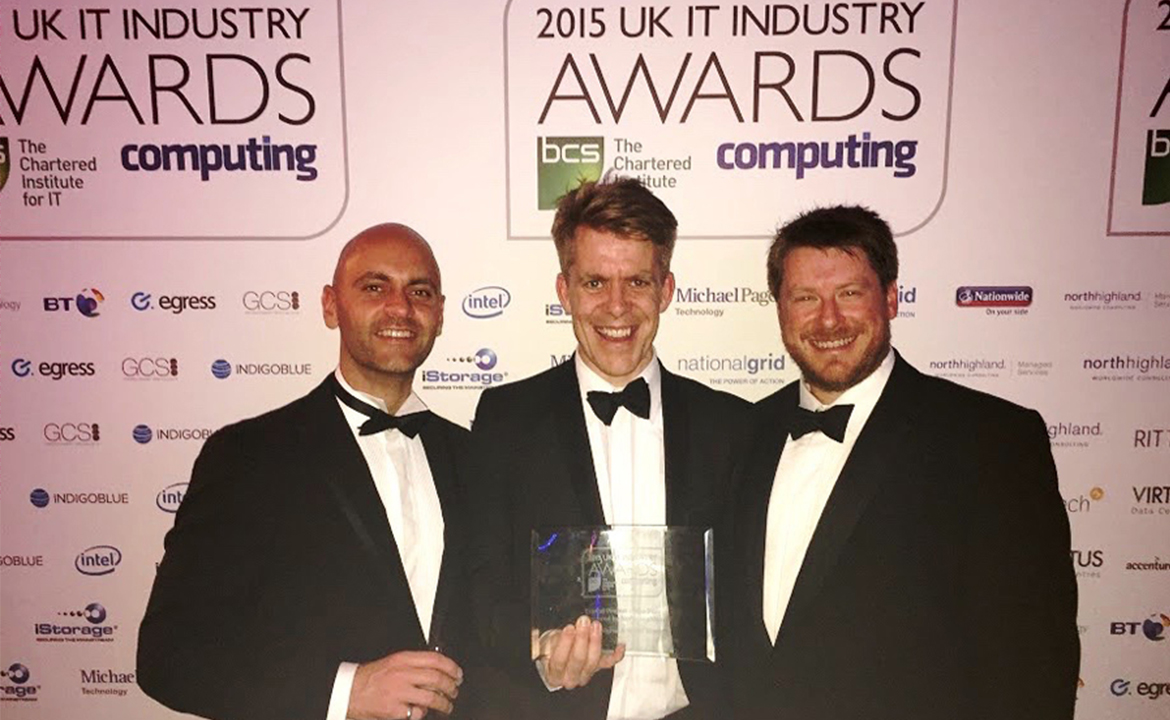 We previously highlighted that HMRC was on the shortlist for Digital Project of the Year at the 2015 UK IT Industry Awards (organised by Computing Magazine and BCS, The Chartered Institute for IT).

Today, we’re thrilled to report that they won! HMRC was picked over an extremely strong list of finalists, including Camelot UK Lotteries’ innovative Spark project – which Equal Experts was also proud to be involved with.

The award is one of the industry’s most prestigious, and celebrates HMRC’s Multi-Channel Digital Tax Platform (MDTP). Equal Experts has been involved with MDTP from the very beginning. MDTP has dramatically transformed HMRC’s digital capabilities giving them the agility and speed a digital-first organisation needs – while fully meeting requirements around legacy systems and security policies.

From drawing board to delivery in eight weeks

Mark Dearnley, Chief Digital and Information Officer at HMRC, spoke about the benefits the new platform provides earlier this year, praising a multi-discipline digital service team that built a completely new service in eight weeks from start to finish. “We thought if it went really well, maybe 80,000 people would use it during renewals – 410,000 people used it… we had about a 94% customer satisfaction rate, which is absolutely phenomenal.”

Ryan Sikorsky, co-founder and Director at Equal Experts, said “It’s wonderful to have our work recognised by judges at the UK IT Industry awards. It’s testimony to the power of our collaborative approach – we’re proud to have helped HMRC become a more open, digitally capable organisation, one that’s much more focused on the needs of the public.”

We’d like to pass on our congratulations to HMRC, and our teams still hard at work within the department.